Not yet download SnapPea app? You are outdated! There are already many people using SnapPea on their Windows PC as well as Mac while you are reading the app review. Over the year, the number of SnapPea downloads from Windows and Mac users are on the rise. This is because SnapPea is an awesome app that turns your PC into an Android device. This is also something the market wants because no one wants to use more than one device at a time. There is nothing wrong with you if this is the first time you heard of SnapPea because SnapPea has another name which is Wandoujia. Whether it is SnapPea or Wandoujia, they are referring to the same app that brings a lot of benefits to its users. 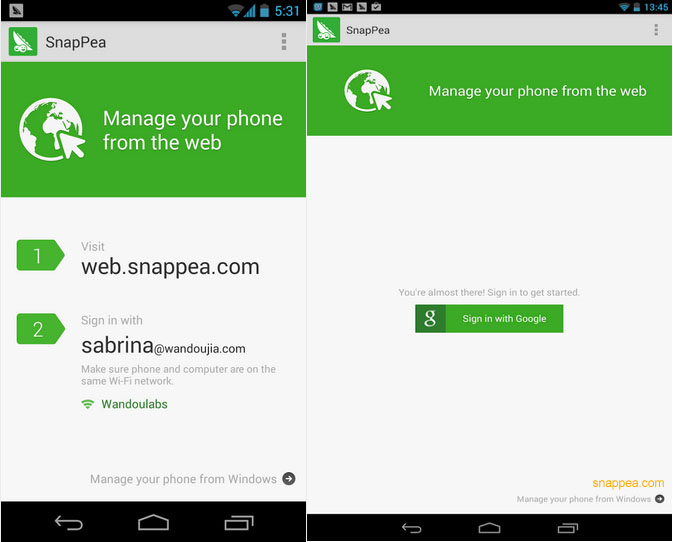 What is SnapPea and what exactly does SnapPea do? SnapPea is actually a free utility that allows you to manage your Android phone from a Windows PC or a Mac OS X. You can manage your apps, photos, songs, videos, or phone contacts from your computer without the need to touch your Android phone. You are allowed to install or uninstall any app on your phone from your computer via web browser. Besides, you can also send SMS messages from your web browsers. If you are familiar with iOS device, you must know that iOS users can manage everything from iTunes. In other words, SnapPea is an app works like iTunes for an Android device. In a nutshell, SnapPea allows you to manage your Android stuffs faster and simpler. Still need more review?

How to Use SnapPea

In order to use SnapPea, you must first download SnapPea to your computer. On the other hand, you have to download SnapPea to your Android device too. Once both devices are installed with SnapPea, connect them using a USB cable or a Wi-Fi hotspot. Open SnapPea in your Android device and you will be given a passcode. Key in this passcode when you launch SnapPea PC version. That is all you have to do to run SnapPea. Isn’t it extremely easy? 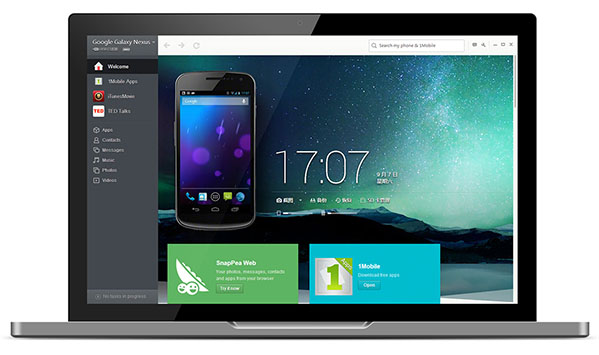 SnapPea on a Windows PC

PS: The information shared here is solely for educational purposes. AppCakefans.com does not recommend anyone to use cracked apps. Please buy the app after you try it.

Lastly, don’t tell me you are still using Android 4.x Jelly Bean because the latest Android version is Android 4.4 KitKat. Since you are here for SnapPea app, why not take this opportunity to update your Android version?