When AppChina was launched, it indicates the demand for Android apps in China is on the rise. It was all started in 2010 when the third-party Android app store AppChina was founded. AppChina claimed that they have approximately 40,000 apps during that time but it has grown to over 600,000 apps in its database today. Thanks to the US$6.35 million fund from Beijing-based Fang Group, AppChina is now one of the biggest alternatives to Android App Store.

The demand for Android apps is not rising in a normal speed but high speed like bullet train in China. This is one reason that allows AppChina.com to record a notable profit with a growing potential. With more than 30 million users, AppChina is considered a huge success in the Android market today. Although the interface and business model has been interrogated for imitating the App Store, it is now a main Android apps supplier to users in China. By looking at the apps and games it supplies, AppChina is without doubt the Installous for Android.

Besides apps, the demand for Android games in China is increasing. Chuan Luo, the CEO of AppChina foresees this opportunity and attributes more than 50% of the company’s revenue to mobile games. 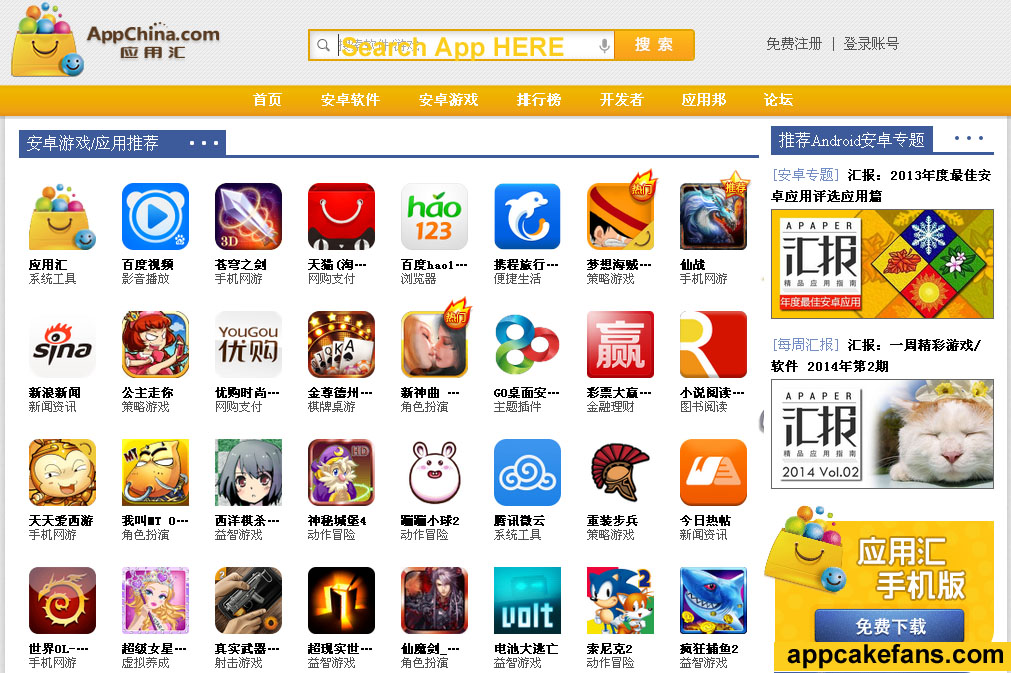 There are two methods to download apps from AppChina. You can either get the mobile version or the PC version. Both of them can be downloaded from this direct link. The mobile version allows any Android users to search for apps or games from the app and install them directly to the device. The PC version works almost the same way with the mobile version but it is not available in English. AppChina is only made available in Chinese. With PC version installed, you can use the one-click download function available at AppChina official website to install any apps, games, wallpaper, or ringtones to your Android device.