In the world of cracked apps, there are unlimited possibilities. With just a few correct methods, you can install cracked apps on an Android device without rooting it. People who are new to Android always made a mistake about installing cracked Android apps especially those who have just switched from iOS to Android. They often think it is a must to root their Android device in order to run cracked apps, games or programs. In fact, Android allows their users to install third-party apps without rooting it. If you are ready to explore to the world of cracked Android apps, follow the steps below to allow the installation of 3rd party apps on your Android device.

In order to run cracked apps, games or any third-party programs, you will need to allow direct installations of Android apps from any source that is not Android market.

Step 2: Scroll down and tap on Security.

Step 3: On the right, scroll down and look for Unknown sources (Allow installation of non-Market apps). Tap on it.

Step 4: You will be prompted “Your tablet and personal data are more vulnerable to attack by apps from unknown sources. You agree that you are solely responsible for any damage to your tablet or loss of data that may result from using these apps.” Tap OK then you are done. 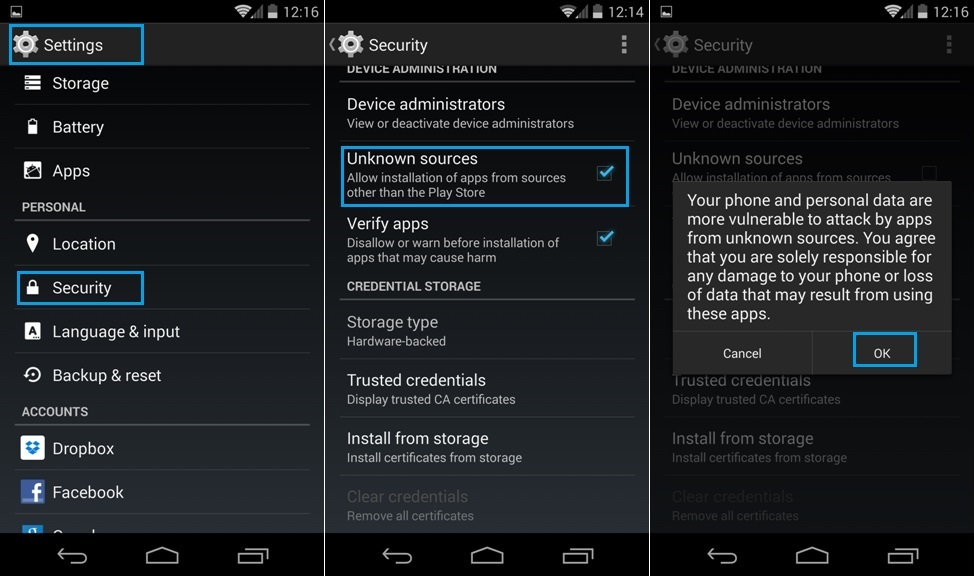 Now you are ready to use any of the following apps to install cracked apps on your Android devices without the need to root it.

HiAppHere market is considered a heaven of cracked apps for Android users. You can find thousands of free games, apps, tweaks, wallpapers and ringtones from HiAppHere store. You can also find a list of paid apps and games in HiAppHere market for free, for instances, Minecraft Pocket Edition and DraStic Nintendo DS emulator. 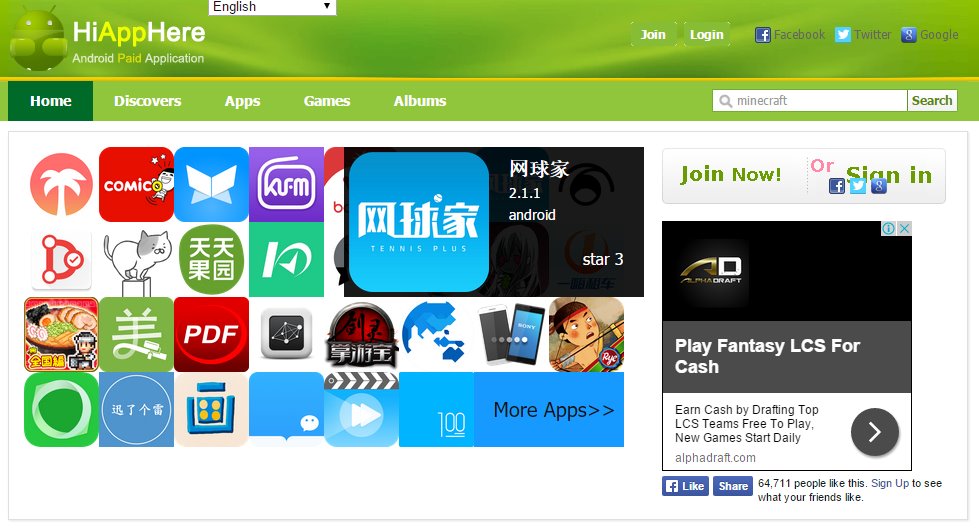 Not to be confused with AppCake for iOS, AppCake for Android is appcake.net. This website is packed with thousands of APK that was already cracked and resigned. This means you don’t have to root your Android device to run these apps or games.

Approb is one of the most popular alternatives to the Play Store because it features a lot of 3rd party apps that you can’t find in the Play Store. Over the years, Approb is feeding hundreds of cracked apps to the Android market. Due to legal issues, the website has been moved to appxv.com. Access to the website and check out the cracked version of Subway Surfers for Android (see Subway Surfers for PC). This version allows you to have unlimited money and lives.

Blackmart Alpha or Black Market is one of the most popular market place for cracked Android apps. Many Android users know about Blackmart Alpha because the number of apps is a lot and it covers almost anything you want from apps to games to wallpapers. Most important, you can get tons of paid Android apps for free from Blackmart.

Last but not least, please leave a comment here if you would like to recommend a website or an app that has a lot of cracked apps for Android.