Looking for something like Installous for Android devices? Aptoide is the one and only app you ever need in 2014 for free Android apps. For those who have been using iPhone for the last few years, Installous is definitely a familiar name although it has been shut down but Android users might not hear of this app name before. If you have just change your device from iPhone to Android phones, Aptoide is what you need to know now. Let’s pronounce it at least three times, Aptoide, Aptoide, Aptoide! 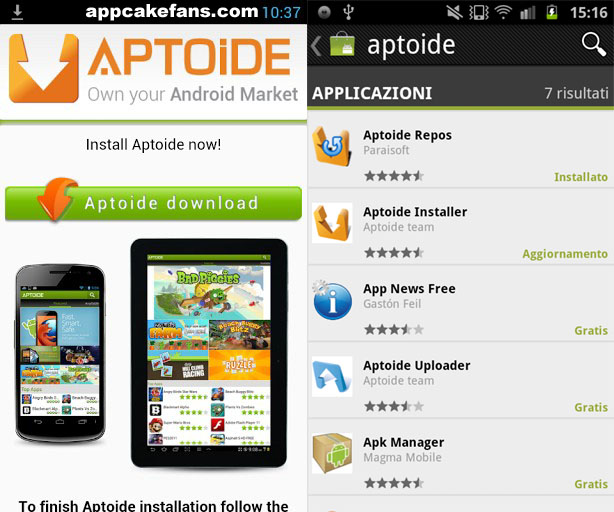 In this year, Aptoide is considered the largest independent Android app store because of the number of apps available in the store. It is not the only available app that works like the Installous but it is extensively rated as the best Android app. On top of that, it is frequently voted as an app that is comparable to Installous. Unlike Black Market Alpha, or aFreeware, Aptoide repos are available almost 99.9% and has nearly no downtime.

Aptoide contains of almost all kind of Android apps from A to Z including free themes and games. There are thousands of paid Android apps available in Aptoide’s server and they are free to download anytime from anywhere. In addition to free apps, Aptoide also hosts some apps and games that are not available in the Google Play Store. This is because Aptoide allows any Android app developer to upload and test their apps on its server. Therefore, if you want some weird apps that you couldn’t find in Google Play Store, you can try to look for it in Aptoide.

There are a few ways to install Aptoide. The easiest way is to search for “Aptoide” on Google Play Store and install it like how you install other Android app. On the other hand, you can download Aptoide Installer directly to your Android device and then set it up. The below steps are the installation guide for Aptoide. 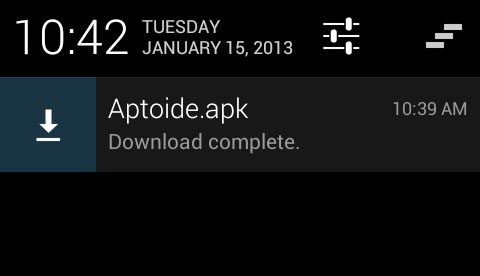 Step 2: Go to Settings and set your Android device to allow installation of apps from unknown sources. This step can be skipped if you set it before. 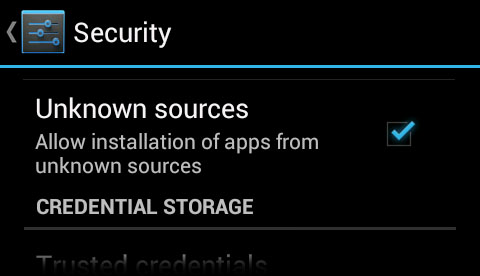 Step 3: Tap/Click on the Aptoide.apk once the download is completed. The installation for Aptoide will begin in seconds. Tap on the “Install” and you will get Aptoide in less than two minutes depending on your connection speed.

Updated March 24, 2016: Aptoide is growing very fast and the number of users have reached 10 million wolrdwide. Clash of Clans and Minecraft are two very popular games available in Aptoide.

Always remember to install the latest version of Aptoide so that you don’t have to update it after the installation is done. This tutorial is meant for those who want to try Aptoide. The purpose of having Aptoide is to allow Android users to test an app before buying it. It is highly recommended to buy the app as a respect to the developer after trying it. Most of the app cost only a few cents to a few dollar and they are considered cheap compared to the effort paid from developer.