People who have used social TV app in between 2012 and 2015 will definitely know Zeebox or Beamly. Zeebox was originally a UK-based social TV app co-founded by former CTO of the BBC iPlayer Anthony Rose. It is a second-screen social TV app allowing you to chat live and use the screen sync technology. It’s like having a Weixin chat feature in your TV. In addition, this app also offers you a program lists according to popularity and also the number of your friends who are connected. On top of that, you can also use the features in this app to display the information of the shows or movie you are watching. In short, this app makes your movie life easier. 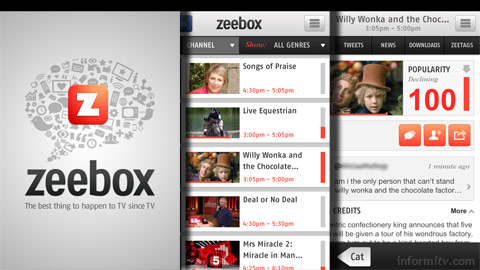 In 2014, Zeebox has been rebranded as Beamly. Although the name of the app has been changed, most of the features are still there. For example, Beamly is still offering its broadcasters to see what others are tweeting about a given show, movie, music video, or reality shows. Broadcasters can also leave their own comments with followers or friends who are connected to their Beamly account. What you don’t see in Zeebox is the that Beamly incorporates a bigger range of content discovery and social functionality to keep every user busy with their app all day long. News feeds about broadcaster’s favourite shows is just one to be mentioned. 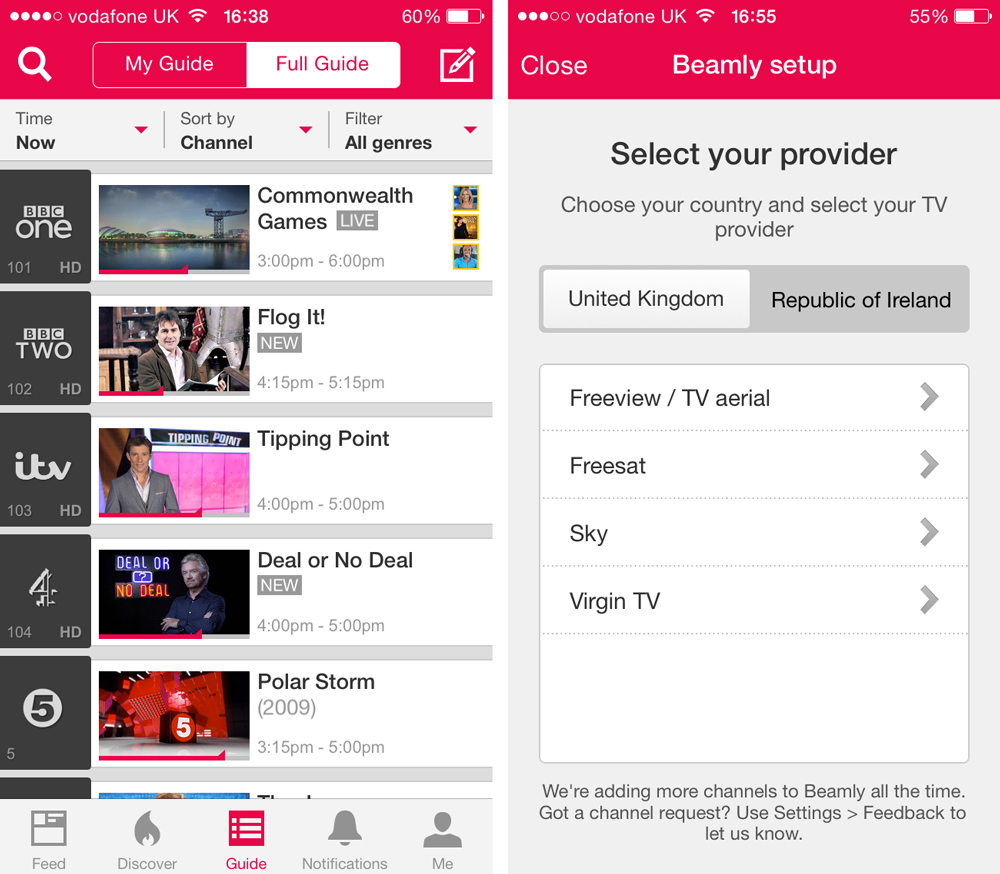 Screenshot of Beamly app on iPhone

With so many unique features found in Zeebox or Beamly, it is without doubt this app has reached the United States quickly after it has become famous in the United Kingdom. In 2011, Zeebox has reported with over 2 million monthly active users. Can you imagine 2 million people are watching shows via Beamly app on iOS and Android? “We had a dream which was to create participation TV: instead of just sitting and watching, you would interact with the show. But to build that, we needed a TV guide so you could find shows and sort the guide by what was popular and buzzing,” co-founder and chief technology officer Anthony Rose told The Guardian ahead of the relaunch.

Beamly app works on different kind of devices such as iPhone, iPad, iPod Touch, Mac, Windows PC, iOS devices, or any Android phones and tablets. In the last quarter of 2015, Beamly app has been shut down after being acquired by New York based beauty products company, Coty, Inc. Therefore, Beamly app is currently not working. For those who have installed this app in your iOS or Android, you are still able to use it to leave comments on TV shows. If you would like to try this app for free, you can install Blackmart Alpha APK to your Android and then search for Beamly app from Blackmart Market.

In conclusion, whether it is Zeebox or Beamly, it is definitely something very unique and different from other apps we have seen. It is a social TV app but it is also considered a TV guide apps because it tells you what you love to watch. We didn’t see any new app in 2016 but we do hope there are similar or apps better than Beamly appear in the near future, such as 2017 or 2018. Have you used Zeebox or Beamly before? Leave a comment because we are love to hear it!