If you want more Android apps and games for free, Gfan is something you should try it out. Let’s put this Chinese Android App Store on the dinner table and see what you can download from it. While 2014 has just begun, Gfan has already hosts more than 100,000 apps in their database with 16 million registered users. If you upload a useful Android app to Gfan and receive download from 10% of the registered user, you will have 1.6 million downloads! That’s a very impressive amount and you can make $1.6 million dollar if the price tag of your app is $1 per download.

Except the number of apps, what makes this Android App Store become popular is the user-friendly interface. Gfan provides a very simple interface for anyone to register as a member. Non-member is not allowed to download apps from Gfan so basically it is forcing you to become their member. Well, that does not really matter because it is free to join. In addition, Gfan categorized all apps felicitously. Things can be found easily due to its well arrangement. A user will see the most popular apps and games on top once he access to Gfan website. Apps and games with high download numbers will be highlighted.

The number of apps is definitely an attractive point but the type of app is another thing that catches the attention of almost all Android users. Gfan hosts a lot of third party apps and games that can’t be found in Google Play Store. Any registered developer can upload their app to Gfan if the app is built according to their rules. Thus, something fresh can always be found in Gfan store. For example, Weixin and Midomi.

As the demand for apps is growing, Gfan has partnered with local OEMs including Samsung, LG, ZTE, OPPO, Huawei, Lenovo, HTC, MOTO, Coolpad, and Sony Ericsson. Besides, Gfan also associates with major websites in China such as Renren, Kaixin, and Tencent to boost its popularity. In a nutshell, try Gfan if you can’t find the app you want in other Android App Store, you will be amazed how awesome it is. Last but not least, why not access to Gfan official website at apk.gfan.com and try to download some free apps or games? 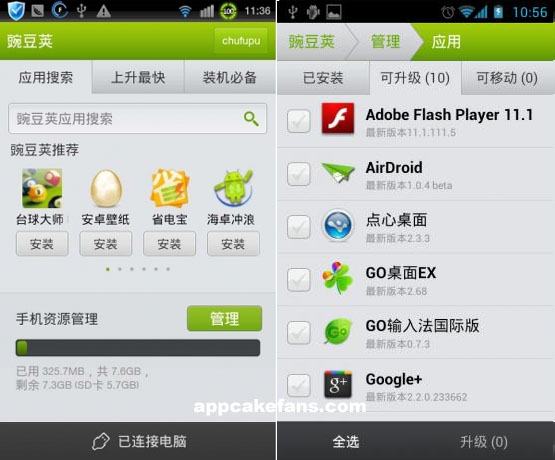 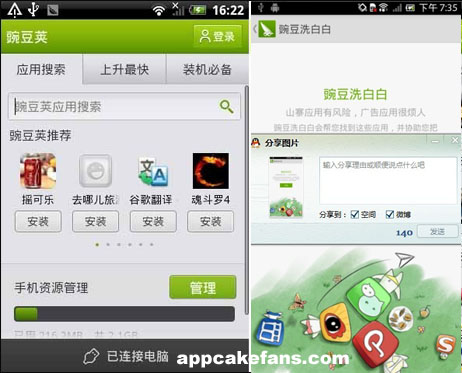